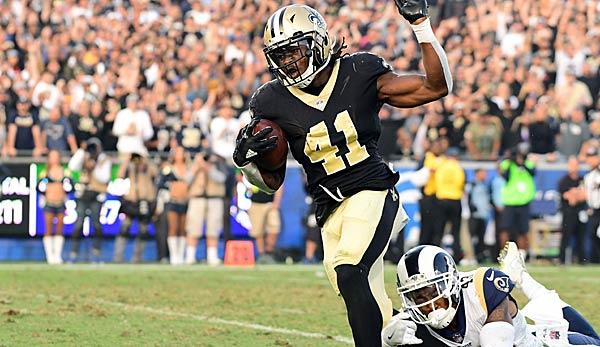 Week 9 in the NFL promises high tension! In Foxboro it comes to the duel Brady against Rodgers, while the Saints try to inflict the first defeat on the Rams. Besides, will the Seahawks’ triumphal march continue? And who wins the draft bowl? In episode 29 of the Down, Set, Talk! podcasts there are all 13 Week 9 games in the preview, as well as the trade deadline in the analysis.

SPOX-NFL editor Adrian Franke together with presenter Christoph Kröger has produced the Down, Set, Talk! Podcast founded. The focus will be on weekly analyses and tactical backgrounds as well as current events and fantasy football.

After eight episodes, the Offseason Division series is over – if you missed a episode, we have dedicated ourselves in each episode to a division, discussed the entries and exits in the Free Agency and in the draft for the teams and talked about the strengths and weaknesses of the teams. At the end there was the big power ranking as well as last week our preseason conclusion and some teams under the radar.

At the start of the Regular Season we looked into the crystal ball: Which teams will make it into the playoffs? Who has the most passing yards, who has the most rushing-yards? Who will be MVP – and who will win the Super Bowl? There were also our Bold Predictions for the season.

With this we have arrived at the everyday life of the season. That means: we take a quick look back at Week 8 including the trade deadline, and then look at all 13 games from Week 9! Have fun!

Here’s the current episode on iTunes, here on Spotify. An overview of all the episodes can also be found on our website.