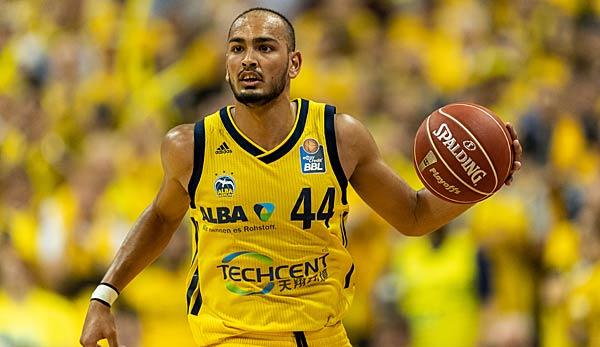 Thus the Berliners displaced the Giessen 46ers (12:4) with 12:2 points again from second place, Bamberg (10:4), on the other hand, conceded the second defeat. The so far undefeated Bavarians will compete in the Central German BC on Sunday evening.

“We approached the game despite the difficult personnel situation, how to approach a home game. Our coach has prepared the young players very well for their new role,” said Albas national player Niels Giffey at Telekom Sport. The Berliners had to manage against Bamberg without the injured guards Joshiko Saibou, Peyton Siva Jr. and Martin Hermannsson.

On Saturday, Giessen had kept up with the Bavarians by winning the Hessen duel with the Frankfurt Skyliners. The team of coach Ingo Freyer, who had extended his contract during the week until 2021, prevailed at home with 91:90 (51:46). Thanks to the free-throw of the best Gießen thrower John Bryant (17 points) 16 seconds before the end, the hosts celebrated their sixth victory in the eighth game of the season.

Meanwhile, the EWE Baskets Oldenburg finished their small negative series of two lost games in a row, defeated Rasta Vechta clearly with 81:62 (53:30) and are fifth. Medi Bayreuth celebrated the second victory in a row at 113:85 (59:41) against the Eisbären Bremerhaven and kept up with the chasing field in seventh place. In the cellar of the table, ratiopharm Ulm won 85:80 (42:42) against Science City Jena for the second time this season.