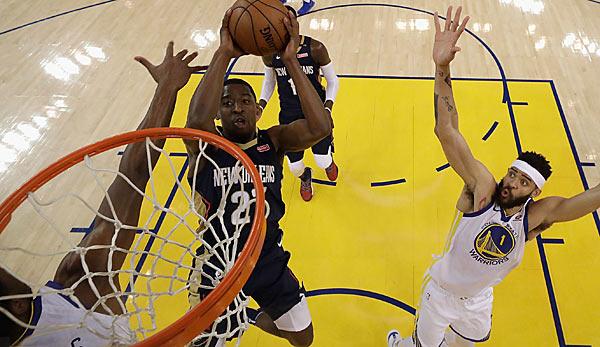 The eight-time German champion Alba Berlin apparently gets reinforcements from the USA. According to a media report, the Berliners have agreed on a contract with former NBA player Jordan Crawford.

That’s what Michael Scotto of The Athletic reports. Accordingly, the 30-year-old will sign with Alba until the end of the season.

Crawford was selected by the Brooklyn Nets at position 27 in the NBA draft in 2010, but shipped directly to Atlanta. The Combo-Guard then spent six years in the NBA, including with the Hawks, Boston Celtics and Golden State Warriors.

Last season he played five games for the New Orleans Pelicans, but could not recommend himself for a new contract. In a total of 281 games in the NBA, Crawford averaged 12.2 points and 3.1 assists.