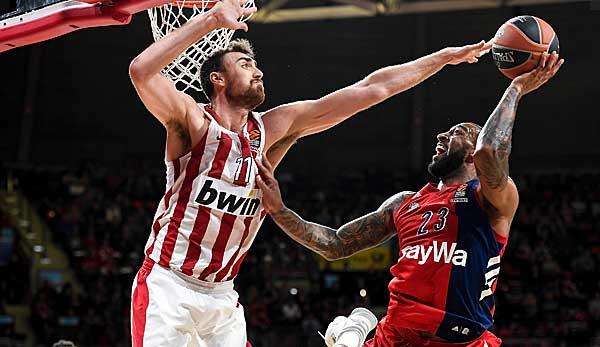 FC Bayern Basketball has suffered its second consecutive defeat in the EuroLeague. At the start of the eighth matchday Olympiakos Piraeus, the Bundesliga leader had to admit defeat with 62:72 (27:31).

The team of coach Dejan Radonjic is now ninth of 16 teams.

The two Munich players Derrick Williams and Vladimir Lucic were the best throwers of the match with 15 points each. In a highly balanced match in the Audi Dome in front of 5953 spectators, the Greeks were only able to make a decisive break in the final quarter. For the Bavarians it was the fifth defeat in the eighth game.

There is little time for the German champion to recover. Already on Thursday the game is on the program at CB Gran Canaria from Spain, on Sunday the Giessen 46ers are guests in the league.