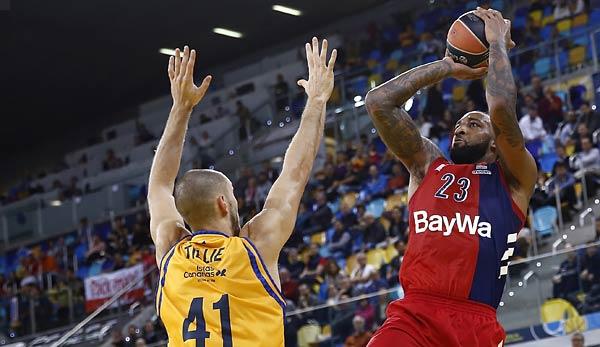 The German basketball champion Bayern Munich celebrated his first away victory in the EuroLeague. On the ninth matchday, the Bundesliga leaders won 89:74 (46:42) against the Spanish play-off semi-finalist CB Gran Canaria. The team of coach Dejan Radonjic is thus temporarily ninth of 16 teams after nine of 15 matches.

In Bavaria, playmaker Stevan Jovic was missing again due to an injury at the ankle joint. National player Maodo Lo (22 points) and former NBA professional Derrick Williams (20 points) showed strong performances in front of 3872 spectators on the Canary Islands. A 16:0 run in the final quarter paved the way for the fourth victory in the ninth game for the Bavarians. The best eight qualify for the knockout round.

Until the fourth game this week, the Bavarians have little time to recover. Already on Sunday, the Bundesliga leader will be in third place Giessen 46ers around the former FCBB centre John Bryant.