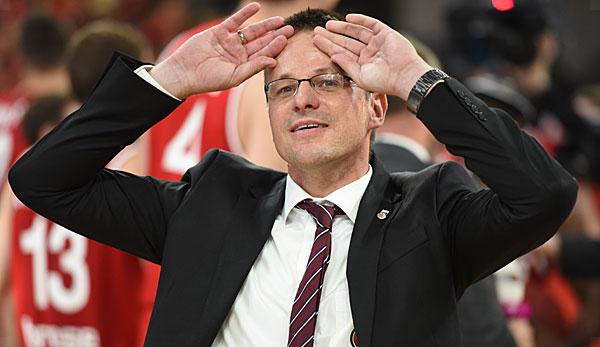 The quake at Brose Bamberg hit the BBL managers cold. “I was completely surprised, and I fell out of the clouds last night,” said league boss Stefan Holz on Thursday.

The managing director of the Basketball Bundesliga described it as “incomprehensible” that the Franconians, without coordination with the BBL, report in public of a danger of insolvency in their club.

Only the additional financial aid from main sponsor Brose and supervisory board chairman Michael Stoschek had saved Bamberger Basketball GmbH from insolvency, according to a statement by the Franks on Wednesday evening.

In this context, Bamberg also announced the separation from managing director Rolf Beyer with immediate effect. The Club cited “financial irregularities” as the reason. The association did not specify which irregularities were involved and how large the damage was.

While Beyer has not yet expressed himself, his wife Adriane spoke on Facebook: “I don’t know anyone more loyal and honest than you. Anyone who thinks or writes differently should question themselves! And everyone who really knows you knows that. I will always stand behind you, because only I know what you have sacrificed and achieved in the last years. What’s happening now doesn’t do you justice in any way.”

Beyer had switched off his mobile phone on Thursday, and the Bamberg company did not want to comment further when asked.

Beyer was not supposed to leave his post until the end of the year. A successor has already been selected and Arne Dirks, who most recently worked for the German Volleyball Association, will start in Bamberg at the beginning of 2019.