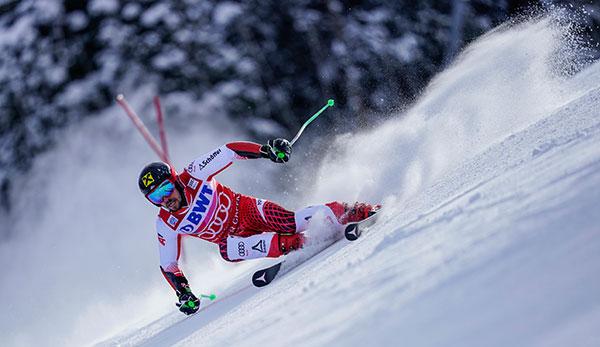 Marcel Hirscher missed the victory in the giant slalom of Beaver Creek. The series winner in the overall World Cup had to admit defeat on Sunday in the USA to Stefan Luitz from Germany and finished second (+0.14). Third place was surprisingly taken by Thomas Tumler (+0.51) from Schweiter.

“Two, three sliders on the finish slope were not ideal. Stefan finally has his first victory. It is to be granted from the heart”, said Hirscher after the race at ORF.

A slope that was getting worse and worse affected the decision in the second run. This made it possible for Tumler, for example, to improve significantly after a weak first run.

“The track is very limited for a World Cup. I don’t really know anything about such things,” said Hirscher, “but you have to be able to deal with them.” An opinion that probably distinguishes Hirscher from the competition. “The track is still in very good condition, great praise to the organizers,” said Luitz.

Only other Austrians in the giant slalom classification were Johannes Strolz on 23rd place and Philipp Schörghofer on 29th. Dominik Raschner retired in the second run, Vincent Kriechmayr, Matthias Mayer and Roland Leitinger had missed the final.

Among the eliminated of the first run were Manuel Feller, Daniel Meier and Stefan Brennsteiner.