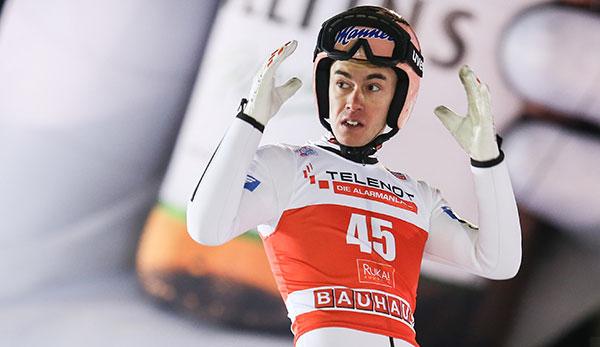 Stefan Kraft did not succeed in confirming his fifth place on Saturday in the second ski jumping competition in Nizhny Tagil. The world champion dropped back from fourth to 20th place in the final on Sunday. The best Austrian was Manuel Fettner in 16th place, while the Japanese Ryoyu Kobayashi continues to dominate, celebrating his third World Cup victory in his fifth competition.

Kobayashi (132.5/133.5) triumphed with 13.9 points ahead of the previous day’s winner Johann Andre Forfang (132.5/130) and extended his World Cup lead. No other ski jumper has managed five podium places in the first five competitions in the past ten years – the 22-year-old was also third twice.

Olympic champion and cup defender Kamil Stoch (two times 129.5) also has to line up behind Kobayashi. He was fourth behind his Polish compatriot Piotr Zyla (126/133).

The Austrians, on the other hand, slipped into the lowlands of the result list – they were similarly poorly placed in Wisla at the start. Daniel Huber was 28th and still in the points, but he could not hide his disappointment. Philipp Aschenwald (40.), Clemens Aigner (43.) and Gregor Schlierenzauer (45.) missed the final of the best 30.

“That really wasn’t easy for Stefan Kraft in the second run,” ÖSV head coach Andreas Felder stressed. “He is on the right track, as he has shown absolutely in the past few days and also today in the first round. He had a tailwind in the second run right after the jump and in difficult conditions, so he still lacks complete stability.”

In the final, Kraft grabbed the men’s first podium place, only 1.1 points separated the man from Salzburg from third place. But with only 117 metres after 131 before, the 25-year-old slipped far back.