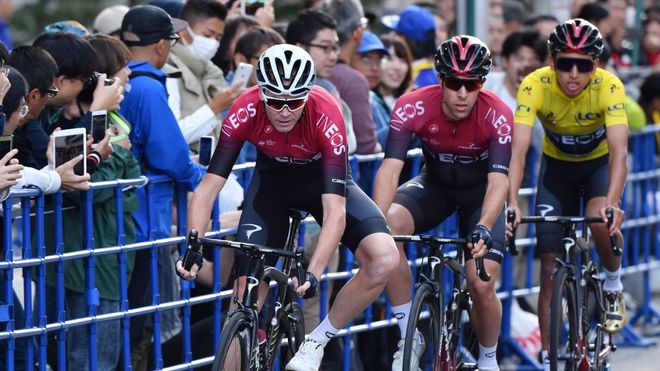 hris Froome is celebrating his comeback on the UAE tour next week. The four-time tour winner does not take this for granted.

“I’m still a long way from where I was before the crash at the Dauphine Libere,” the 34-year-old said on his team Ineos’ homepage, “It will take a while before I’m back in this form again.”

Froome on comeback: “Will be a great honour”
The Englishman had suffered serious injuries in June 2019 in an accident during the time trial at the Criterium du Dauphine in France. Due to several broken bones he was in intensive care in the meantime. The return to racing had been all he had been thinking about “for months”.

“It will be a great honour to be back in the peloton,” said the Kenyan-born rider before his comeback after an eight-month break. “It feels as if I’ve been given a second chance to return to professional racing after such a crash. I definitely don’t take that for granted. The preparation so far has been incredibly good.”