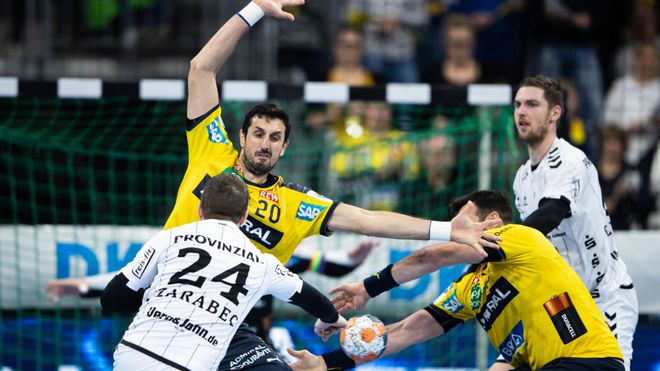 After an extraordinary general meeting on Monday, HBL decided not to break off the currently interrupted first division season for the time being.

The Handball Bundesliga (HBL) will not break off its currently interrupted first division season due to the corona crisis.

This decision was made by the 18 Bundesliga clubs at an extraordinary general meeting on Monday. The current season will thus remain suspended until 22 April inclusive.

“The meeting was very constructive. We are all in the same boat and are rowing very hard in the same direction so that we can maintain liquidity at our locations,” HBL President Uwe Schwenker told SID: “An early end to the season is out of the question for us at this point in time.

HBL is thus sticking to the decision of the Presidium to end the season if possible. “However, this is dependent on the further development of the Corona pandemic and the related political, legal and official framework conditions,” says an HBL statement: “The health and safety of the population is of course our highest priority.

HBL seeks government funding for corona crisis
Instead of deciding on Monday to end the season early, a management roadmap was presented to the clubs during a telephone conference lasting several hours to record the expected economic loss and to contain the economic risks. The HBL clubs were facing “unprecedented challenges”.

“We are trying to do everything in our power to make it on our own, but of course we are also trying to obtain state funding,” Schwenker said. “We are glad that the state offers bridging facilities that provide fast and unbureaucratic help.

The last Bundesliga matchday to date was played last weekend. Matchdays 28, 29 and 30 in the top division have been postponed indefinitely, as has the Final Four of the DHB Cup in Hamburg (April 4-5).

First corona case in HBL
Drux: “Do we find it rather embarrassing”