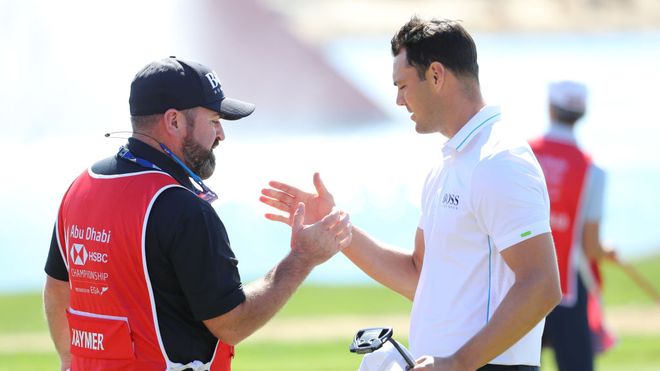 Martin Kaymer trusts in the services of his ex-caddie again and can convince at the start of the new golf year. However, a new triumph is not forthcoming.

With his new and old caddie, Germany’s top player Martin Kaymer has made a good start to the 2020 golf year.

The 35-year-old from Mettmann came eighth at the Abu Dhabi Championship, which he was the only competitor to win three times, after a strong “second half”.

Finally, on Sunday, the two-time Major winner played a bogey-free 65 round and pushed himself forward by 29 positions with 275 strokes.

Kaymer had triumphed in Abu Dhabi in 2008, 2010 and 2011. One month after his last victory, the Rhinelander became the second German after Bernhard Langer to take the lead in the world rankings from Lee Westwood.

On Sunday, the 46-year-old Englishman celebrated his first success in Abu Dhabi and 25th overall on the European Tour with a 67 and a total of 269 strokes. With a final 71 and a total of 278 strokes Sebastian Heisele (Munich) dropped from 9th to 21st place.

Successful again with old coach?
For Kaymer the tournament in the Emirate in the Persian Gulf was the first with his new and old coach. Since the beginning of the year, after a 15-month break, the German has been working with his long-time companion Craig Connelly again.

The Scot has been involved in all of Kaymer’s great successes, the two major triumphs in 2010 (US PGA Championship) and 2014 (US Open) as well as the successes in the Ryder Cup.

Since his US Open victory five and a half years ago, Kaymer has been waiting for a Tour victory. In the world rankings he was ranked 127th ahead of Abu Dhabi.