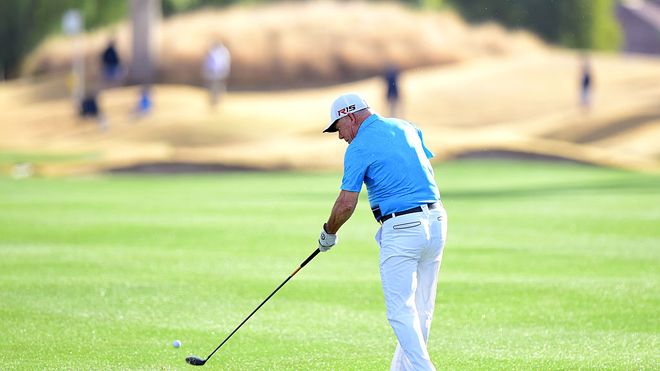 The one-armed amateur golfer Laurent Hurtubise achieves the extraordinary at a PGA tournament. The Canadian scores a hole-in-one from 151 yards.

Despite the presence of golfing superstars Phil Mickelson, Rickie Fowler and Tony Fiau, the PGA tournament in La Quinta, California, is focused on an amateur golfer.

Laurent Hurtubise manages a hole-in-one on the 151-yard fourth course (par 3) – and with only one arm!

Hurtubise played alongside golf veteran Troy Merrit as part of “The American Express Tournament”, which is held as a pro-am (professional and amateur play together).

He started playing golf at the age of eleven, according to the official website PGA Tour.com, and has participated in the event several times.

The Canadian was born with a right arm ending at the elbow, but this does not stop him from striking with above-average distance and hardness. As he told the Desert Sun, he can hit the ball a good 230 yards.

But for Hurtubise, other things are much more important: “I wish I could do more of it, to be honest. But it feels very fulfilling when someone tells me that they’ve been inspired to play sports because of me.”