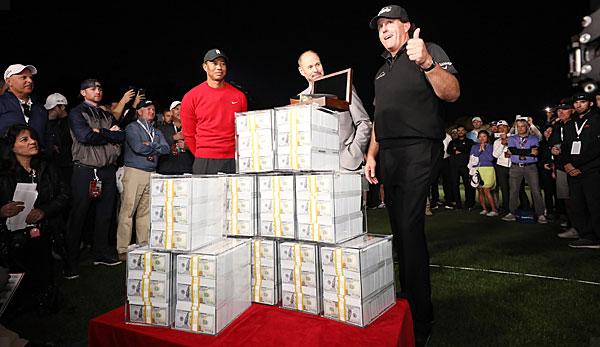 Phil Mickelson has won the nine million dollar duel between US golf stars and Tiger Woods.

On the legendary Shadow Creek Course in Las Vegas, Mickelson and the 14-time major winner Woods were on par with each other after 18 holes in front of 700 spectators. Only a birdie putt on the fourth play-off hole brought the decision for the 48-year-old Californian.

“That was a game. My heart can’t take much more,” said Mickelson, and Woods added, “Just like old times.”

In addition to the prize money, Mickelson was also able to win three side bets and earn a further 600,000 dollars, Woods placed a bet for 200,000 dollars.

Even before the private duel, which was broadcast only on pay-TV, the former arch rivals had announced that they would donate part of the prize money to charity.