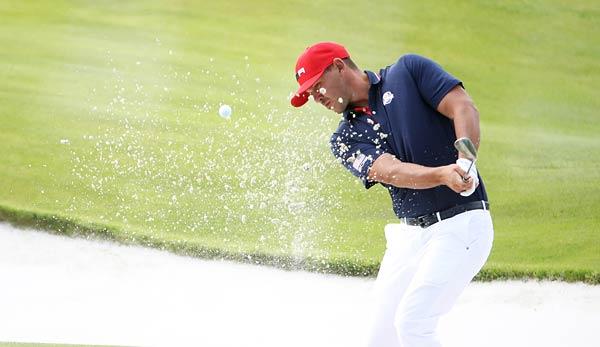 The Ryder Cup will have a legal epilogue. 49-year-old Corine Remande, who was hit in the face by the ball on the first day after the US Open winner Brooks Koepka’s tee shot failed, wants to sue the organizer for damages and reimbursement of costs. Remonde’s been blind in the right eye since the incident.

“Of course, the organizers had a responsibility in this situation, which they did not fulfill,” said the injured party, who had arrived together with her husband Raphael as a spectator. After Koepka’s unsuccessful tee shot, it was foreseeable that the ball would fly towards the spectators at high speed. “There should have been a warning from the folders,” Remande told AFP news agency.

Remande had collapsed bleeding in the incident and was taken to hospital. The 28-year-old Koepka had apologized to her on the spot, he had seemed very concerned, Remande said: “I am not angry with him, I even tried to think positively about him so that he would not lose his concentration.

Since then she has heard nothing more from the organisers. “I just want to make sure they pay for all the medical costs because I don’t know what treatments will be needed in the future,” Remande said. She’s going to see a lawyer in Lyon on Tuesday.