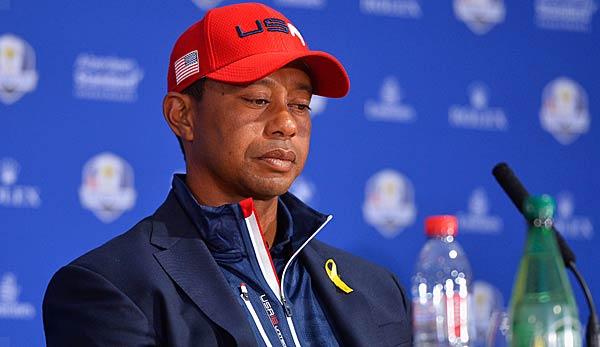 Europe spanks Team USA at the Ryder Cup in Paris. 17.5:10.5. Sixth home win in a row. In your face. The Par-10 bows to the European heroes and analyses the debacle from the point of view of Tiger Woods and Co. – there is stunk!

Fleetwood is not a normal rookie, but one of the absolute best European players for the last two years, who also won the Open de France at the same location last year. And Molinari? He’s the reigning Open Champion, and he’s been out and about alien for months. Two outstanding players and ball strikers, who are also best friends and kissed each other at the final press conference, because for once they were a bit far apart. It was just a perfect match. While Fleetwood was weak in the singles on Sunday (with his opponent Tony Finau also playing superbly), Molinari also scored his fifth point against Phil Mickelson and ultimately closed the bag for Europe.

5-0! Since Larry Nelson in 1979, no player had ever succeeded in doing this trick. “Hey Frankie, how does the 16 and 17 play?” Sergio Garcia joked after the triumph in allusion to the fact that Molinari finished all his matches at 16 at the latest. “I played 17 and 18 in practice on Tuesday.” A classic Frankie “I am super excited” Molinari response. How cool is this whole thing? Fleetwood’s son Frankie turned one year old on Friday when the two competed in the Ryder Cup together. Yeah, his real name’s Frankie. Frankie Fleetwood. Only golf writes such stories …

Did anyone doubt the wildcard for Sergio Garcia? I admit I wasn’t sure if I had taken Rafa Cabrera-Bello with me, but that thought was total nonsense. Thomas Björn did absolutely everything right. Garcia was now in Paris again a completely different player than in the months before. It was the Ryder Cup Garcia. With his 3 points he improved his account to 25.5 and replaced Nick Faldo (25) from the first place of the eternal list of the best. He doesn’t care about any of that. For Garcia and for everyone else in the European team, only victory counted as a team.

Oh, and then there was this Ian Poulter. His victory on the 18 against Dustin Johnson. His embrace with his son Luke, with whom he probably spent the coolest daddy-son week ever. His love affair with the fans. And then the guy just put on a fan’s mailbox outfit and jumped around with it. Poults is and remains a Ryder Cup legend.

But it wasn’t just the picks. It wasn’t just Rory McIlroy who improved after a miserable start and scored two points, even though he lost the singles against Justin Thomas in a catastrophic way on the 18th. It wasn’t just “$10 Million Man” Justin Rose. Each individual in the team contributed his part to the success. Let’s think of Thorbjörn Olesen, who lost his debut match at the side of a weak McIlroy, had to watch the whole Saturday and then on Sunday in his first single just Jordan Spieth clapped completely against the wall.

Or let’s think of Jon Rahm, who lost his matches on the first two days but then beat Tiger Woods on Sunday. Oh, yeah! After Rahm had pushed a short putt past the 16, he made a superb drive onto the 17th fairway, nailed his iron to the stick and punched to win the match. Alone when I think of Rahm’s reaction, I get goose bumps without end.

The following story shows how much the players love Thomas Björn: Björn got involved in a bet. If Europe wins, he’ll get a tattoo. A little extra motivation, as Sergio Garcia called it. Bjorn can’t get out of that number now. It comes to a place that only his girlfriend Grace could see, Björn said. And he added: “That was the worst decision of the week!” “No, the best!” Garcia replied.

One thing is clear: Björn was an outstanding captain and the next candidates are already ready. So everything speaks for the fact that the captain will be Padraig Harrington (this time as Vice Captain) in two years. It would be another formidable choice.

3-1 Phil, the tiger and the hottest ever