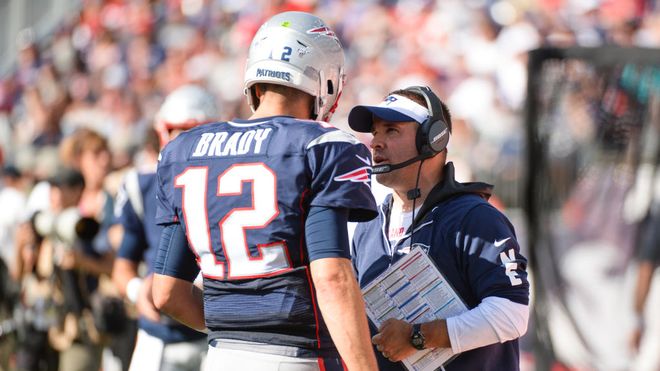 Tom Brady’s departure to the Tampa Bay Buccaneers was the sensation of the NFL Free Agency. Journalist Gary Myers now brings a whole new reason for the change into play.

It was the hammer in the NFL off-season!

After 19 years and six Super Bowl victories with the New England Patriots, Tom Brady announced his retirement from Gilette Stadium and joined the Tampa Bay Buccaneers.

Gary Myers, former reporter and columnist for the New York Daily News, now brought a surprising reason for Brady’s departure into play. According to him, the relationship with offensive coordinator Josh McDaniels is said to have been the reason for the change. Brady is said to have been “drained after all these years of Josh,” which is why this “deteriorating relationship” occurred.

Brady denies problems with McDaniels
An aspect that might surprise the media and fans at the same time, as the tense relationship between the superstar and head coach Bill Belichick was usually identified as the main reason.

Tom Brady has already commented on these statements via Instagram and referred them to the realm of fables: “Please stop this nonsense! Please be more responsible with your reporting, 19 years together and brothers for life.”

Myers defends his statement
Even McDaniels, who served as offensive coordinator and quarterback coach for the New England Patriots from 2005 to 2008 and has now served as their coach since 2012, had nothing but praise for his now former star quarterback in a public statement following the announcement of the change: “Although I am very sad that he is leaving the Patriots, I am grateful for the years we have been together and, moreover, blessed to be able to call him my friend. He has had an indelible influence on my life and career, and I will be forever in his debt.”

But despite these public expressions of sympathy Myers sticks to his statement and defends it on Twitter. “Anyone can believe what Tom (Brady) says in public. I believe what I heard in private.”

The ingenious plan of the NFL
Gun in the car: Swirl around Bills