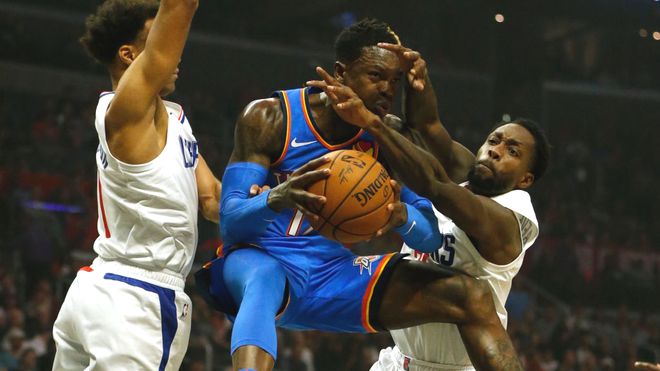 The NBA has been on a Corona break for two months. The league wants to take its time with the decision about a possible restart for a certain reason.

The German NBA players around Dennis Schröder (Oklahoma City Thunder) will probably have to wait a few weeks longer for the decision about a restart of the season in the professional basketball league.

According to unanimous media reports, league boss Adam Silver wants to continue to monitor the situation and take up to a month to do so.

Apparently the NBA also wants to look at how other sports organizations organize the tests. In a video conference, club owners and officials are said to have already expressed their opinion that the league could deal with the health risk. There are allegedly ideas to end the season in Las Vegas or at Disney World in Orlando.

NBA stars around James and Curry per sequel
The format has not yet been decided. According to ESPN, there could be playoffs with more than the usual 16 teams, for example.

The NBA top stars, after all the protagonists on the court, also spoke out in favour of a sequel. LeBron James, Stephen Curry, Kevin Durant and Giannis Antetokounmpo, among others, are counting on title chances and hope for a sporting competition after the Corona break.