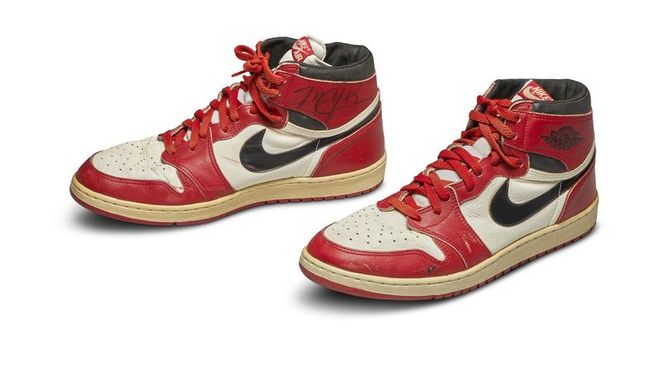 At the famous Sotheby’s auction house in New York, a worn shoe by NBA legend Michael Jordan achieves a record value. The buyer is anonymous.

A pair of worn shoes by Michael Jordan fetched a record price at an auction in New York.

The basketball legend’s “Nike Air Jordan 1S” sneakers were auctioned for $560,000 (around 517,000 euros), a world record for a pair of sneakers, Sotheby’s auction house announced. It was almost four times the original estimate of 150,000 dollars.

According to the auction house, the “Nike Air Jordan 1S” is the first shoe that the now 57-year-old Jordan developed together with Nike in 1985. Since then, Jordan and many other sports stars around the world have been designing shoes and other sporting goods with great success.

Restart? That’s why the NBA waits
LeBron: Do not give up the season