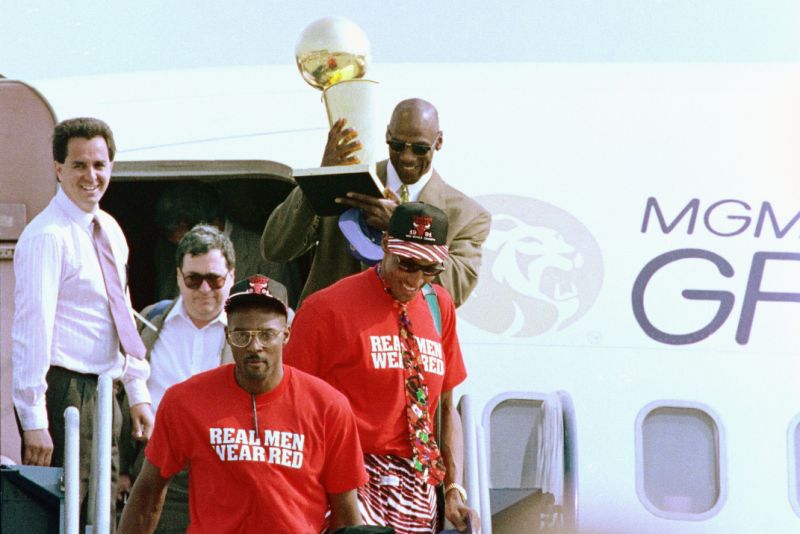 Former teammate Horace Grant puts the documentary about Michael Jordan in a bad light. The NBA legend has to listen to serious accusations.

The documentary “The Last Dance” about Michael Jordan’s career is praised and celebrated worldwide – yet there are also critical tones.

Jordan’s former teammate Horace Grant has now sharply criticized some of the superstar’s statements and even questioned the term “documentary”.

In particular, the repetition of the accusations that Grant was a whistleblower in Sam Smith’s 1992 investigative book “The Jordan Rules”, and that he allegedly leaked secret details about Jordan to the journalist, caused trouble for him.

“I didn’t contribute to this,” Jordan said in the documentary. “That was Horace. He told everything that went on in the group.”

Jordan “will attempt to destroy your character…
Even when the controversial book that shed light on the background of the first title win in 1991 and illuminated an unknown negative side of Jordan came out, MJ called Grant an informer. Grant has consistently denied the allegations, and has now fired back.

“Lies, lies, lies… if MJ’s going to hold a grudge against me, we can work it out like men. Let’s talk about it, or process it some other way,” the former forward said on the ESPN 1000 radio show, “but he still tells that lie about me being the source (behind the book, editor’s note). Sam (editor Sam Smith) and I have always been good friends. (…) But I would never tell anything personal from the locker room. Sam Smith was an investigative journalist. So he must have two sources to write a book, I think. Why is M.J. Pulling me out?”

The only reason was Jordan’s anger at Grant. “And I think he shows it in this so-called documentary. If you say anything about him, he’ll cut you off and try to destroy your character.”

LeBron: Do not give up the season
Nowitzki: Game has changed lives