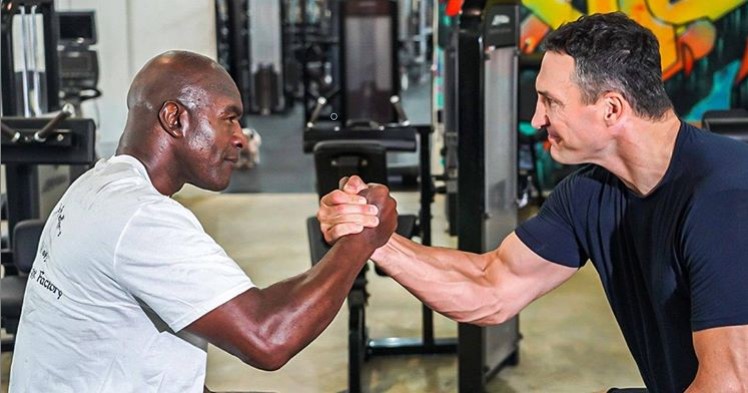 For days, boxing fans have been kept on tenterhooks by a possible mega-fight between Mike Tyson and Evander Holyfield. Now “The Real Deal” is training with Wladimir Klitschko.

This duel should be a big event!

For days now, the boxing world has been gripped by a possible mega-fight between the legends Mike Tyson and Evander Holyfield. Should the fight take place, “The Real Deal” should be in top shape in any case.

In an Instagram video, the 57-year-old has now shown who he has engaged as a coach. And that is none other than Wladimir Klitschko. “Team Holyfield is preparing for the fight” Holyfield writes to a video showing him at work.

The heavyweight talks to Klitschko, lifts weights, boxing and even trains with a heavy iron bar around his neck. But above all, the video proves one thing: at 57, the former world champion is as fit as ever.

Klitschko praises Holyfield’s willpower
Wladimir Klitschko has also posted a photo of the collaboration on his Instagram account. “Do you want to know what the ‘Real Deal’ is? Willpower! Physical strength and a strong will are equally important. Age is just a number,” the Ukrainian said about his protégé.

Most recently, the now retired boxers Mike Tyson, Evander Holyfield and Shannon Briggs caused a stir because they not only presented their strong form with videos on social networks, but also announced a comeback.

Holyfield had agreed to a fight against Tyson and said that it should not be a knockout match but a show fight. Shannon Briggs in turn announced that a fight between him and Tyson was already official. “We’re gonna put on the gloves and let our fists do the talking.”

A specific date for one of the fights has yet to be set.