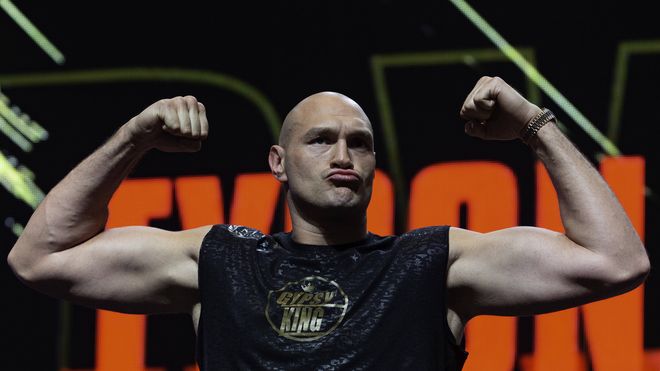 2021 awaits boxing fans of the fight between Tyson Fury and Anthony Joshua. Now a puppeteer with a highly criminal past is appearing.

There is already a shadow over the planned mega-fight in boxing:

Next year, the eagerly awaited fight between Tyson Fury and Anthony Joshua is supposed to increase (as long as Fury beats Deontay Wilder before) – but now a dubious puppet-dragger is said to have emerged around the big event.

What has happened? In the social networks, Fury recently thanked a man named Daniel Kinahan for making the future fistfighting spectacle possible in the first place – and with it the Irish government was duly annoyed.

Kinahan Chief of a criminal gang
Background: Said Kinahan is by no means not one of the long-established boxing promoters, but is one of the most senior members of the Irish crime.

Because: In a ruling of the Supreme Court from 2018 it is said that Kinahan controls a criminal gang which trades with weapons and drugs in Ireland. In addition, his association was involved in a feud with rival gangs, in which several people were killed.

In 2016, Kinahan escaped unharmed by jumping out of a window when rival gang members dressed as police officers opened fire in a boxing match at a hotel in Dublin.

The fact that a man with this past, of all people, has intervened or is said to have intervened decisively in the negotiations on the boxing match is a matter of great concern to Irish politicians.