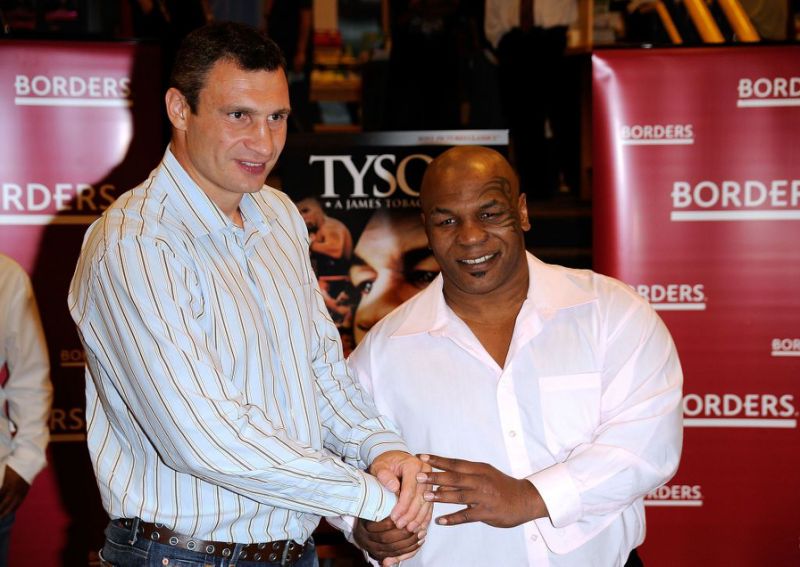 Boxing bigmouth Shannon Briggs wants to stage the comeback fight of Mike Tyson in a bizarre WWE style. Wladimir Klitschko is also supposed to be involved.

The business games for a nostalgic comeback of boxing legend Mike Tyson are getting crazier and crazier.

Shannon Briggs plans “Steel Cage Match” like WWE
“I’m talking to people all over the world to make this deal happen,” Briggs explained on FightHype.com, the fight exchange is $37 million: “And I think we should do it in a steel cage – a steel cage match!

What is the whole thing supposed to look like? “Round for round, a tag-team match! I’d go two rounds, and then I’d say, “Now I’m out for a few rounds.”

Apart from Tyson – with whom he had already announced a fight as fixed – Briggs also has Wladimir Klitschko in mind for the idea: “I’ll knock them all out. Evander Holyfield, I’ll knock him off. Also – what’s his name again? Klitschko. And David Haye definitely. I’ll turn that into chicken pita!”

Just wild talk from the 48-year-old known as a barker? Or is there really something concrete behind it?

Tyson, Holyfield and also Klitschko coquet
One thing is certain: The 53-year-old Tyson and his four-year-old rival Holyfield have been flirting publicly for some time now with the idea of a show comeback for a good cause. The younger Klitschko brother is also in the boat and had himself photographed as Holyfield’s training partner.

Briggs’ idea – which he also launched on his social media channels in May – sounds more like wrestling than boxing, but in the end that wouldn’t be absurd: Briggs already staged his rivalry with the Klitschkos with performances reminiscent of WWE and Co. – just think of the scene in 2014 when he interrupted Wladimir Klitschko with a jet ski during paddling exercises in the sea and manoeuvred into the water.

Tyson and Holyfield are also wrestling fans, and Tyson is currently negotiating a match with show-fighting star Chris Jericho in the AEW league, for which he recently made several appearances.

Briggs, who lost a 2010 World Cup fight against Vitali Klitschko on points and scored many fierce head shots in the process, has not been in the ring since 2016, but is constantly in the limelight. Wladimir Klitschko, with whom a fight was always in the air but never came about, followed Briggs into retirement in 2017 after the defeat against Anthony Joshua.

Fury’s mega-fight thanks to criminals?
Arrogance attack by Fury