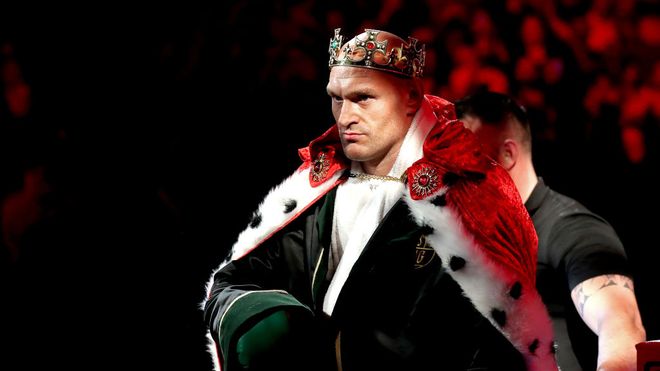 Tyson Fury crowns himself the best boxer of the last millennium. The Gypsy King is sure he would have swept away Mike Tyson, Muhammad Ali and co.

Tyson Fury has just declared himself the greatest fighter of the last 1000 years.

In an interview, the heavyweight boxing world champion was actually only asked whether he would have liked to enter the ring against Mike Tyson, when he was still in top form.

His answer: “Forget Mike Tyson from the eighties, Muhammad Ali, Joe Louis, Lennox Lewis, George Foreman, Ken Norton, Rocky Marciano, Flyod Patterson, Gene Tunney, Jem Mace John L. Sullivan. If you go back to the beginning, none of them could have beat the Gypsy King,” the Brit said to BT Sports.

He added, “There’s not a heavyweight in any era in the last thousand years that could have beat me.”

Fury, the GOAT?
“I’m too big, I’m too good and I have too many styles for them. I can adapt and they couldn’t have beaten me anyway,” said Fury, who had last defeated Deontay Wilder to secure his WBC belt. After a draw in their first encounter, the two will meet for a third fight before Fury can go on to two unification matches against his compatriot Anthony Joshua.

The 31-year-old had defeated Vladimir Klitschko among others during his remarkable career, but then lost his belts due to psychological problems and drug offences. But he fought his way back to the top – and crowned himself “Greatest Of All Time”.

At least if he has his way.