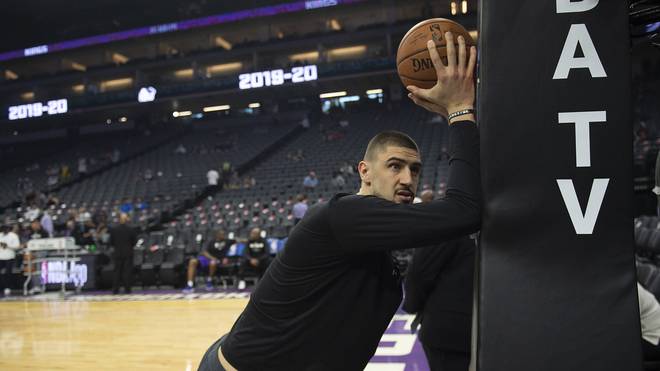 Two players of the Sacramento Kings tested positive for the corona virus. Both professionals immediately go into quarantine, a Pacers professional is also affected.

About one month before the planned restart of the NBA in Orlando, three positive corona tests have scared the league.

Jabari Parker and Alex Len of the Sacramento Kings announced on Wednesday evening that they had tested positive for the virus. Malcolm Brogdon of the Indiana Pacers also has the virus. Already on Tuesday the corona infection of the Serb Nikola Jokic of the Denver Nuggets had become public.

“A few days ago I tested positive for COVID-19 and immediately went into self-isolation in Chicago, where I will stay,” Parker explained in a statement issued by the team. “My recovery is underway and I feel good. I look forward to meeting my teammates again when we return to the court for the rest of the NBA season.

Kings and Pacers at NBA restart
Len stated in his Instagram story that he tested positive on Tuesday.

“I want to thank the Sacramento Kings for their great care and the NBA for putting the protocols in place to let me know the results so early,” Len said. “I’ve been quarantined and I’m looking forward to being declared healthy and getting back to my teammates.”

Suns players also apparently tested positive
Parker has only played once for the Kings after a trade with the Atlanta Hawks, and Len also came from Atlanta in February and has played nine games for Sacramento so far.

“I recently tested positive for coronavirus and am currently in quarantine,” said Indiana Point Guard Brogdon, “I’m fine and I feel good. I plan to join my team-mates in Orlando to resume the regular season and play with them again.” The 27-year-old had most recently taken an active part in the protests following the death of George Floyd brought on by police violence.

According to the Arizona Republic newspaper, two Phoenix Suns players also tested positive, but the franchise will not be participating in the final phase of the season anyway.