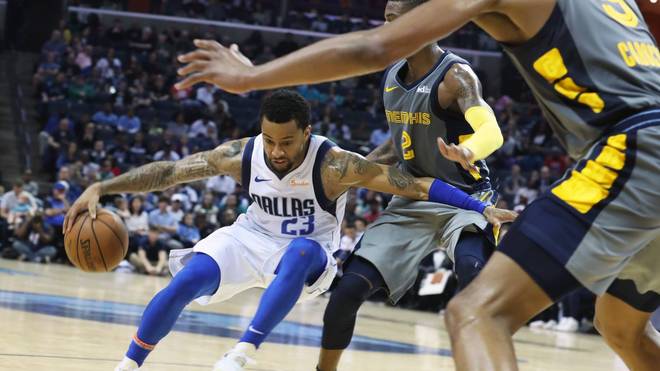 The Dallas Mavericks are bringing back a point guard from the 76ers. Willie Cauley Stein has decided not to restart at Disney World for personal reasons.

Before the restart of the NBA, the Dallas Mavericks have signed a new entrant.

According to ESPN reports, point guard Trey Burke will reinforce the Mavs for the rest of the season. Willie Cauley-Stein, on the other hand, will no longer play at Disney World at his own request. The 26-year-old center will become a father in July.

Cauley-Stein only moved from the Golden State Warriors to Dallas in January and scored an average of 5.2 points and 4.6 rebounds in 13 games.

Quick return for Burke
Trey Burke already played for the Dallas Mavericks last season after a trade with the New York Knicks, but switched to the Philadelphia 76ers this summer. However, this employment relationship came to an end quickly – Burke was fired in Janaur. Now he will return to Dallas, where he produced an average of 9.7 points and 2.6 assists per game in 2019.

The Mavs complain of injury worries – Point Guard Jalen Brunson drops out because of a shoulder operation and Shooting Guard Courtney Lee is working on a calf injury.