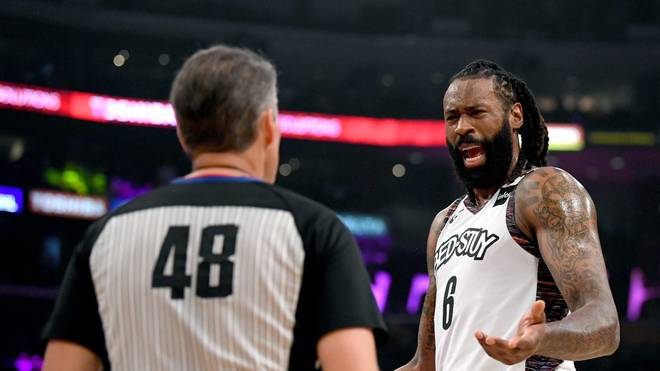 New Orleans – The Brooklyn Nets are going at it: Now, besides Spencer Dinwiddie, DeAndre Jordan also tests positive for the Corona – and rules out the NBA restart.

Things are getting tight: About one month before the restart of the NBA the Brooklyn Nets send out a personal SOS:

Professionals DeAndre Jordan (31) and Spencer Dinwiddie (27) have also tested positive for the corona virus. Jordan therefore ruled out a participation in the further season at Disney World from 30 July.

Dinwiddie on the other hand, who claims to have symptoms, initially left it open whether he would play. He explained to The Athletic: “In the last few months I’ve been very attentive and have tried to protect myself and others from the virus. I’ve been following protocol and I’ve been in quarantine.”

As if that wasn’t enough, the Nets will also have to do without Wilson Chandler, who had already stated that he will not play in Florida due to the spread of the virus.

The team, which is ranked seventh in the Eastern Conference with a balance of 30-34, responded by signing Justin Anderson.

The player lists have to be submitted to the NBA on Wednesday, until then professionals may still be signed up.