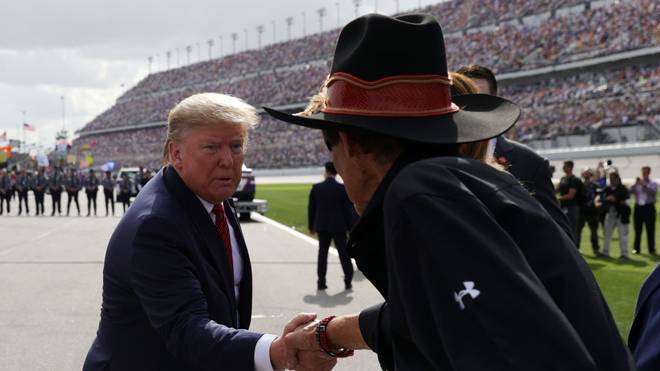 US President Donald Trump takes the floor in the name dispute over the Washington Redskins and the MLB Team Cleveland Indians. And it’s not the first time.

US President Donald Trump has now intervened in the name dispute over the Washington Redskins. Unsurprisingly, he has spoken out against changing what some consider to be the racist nickname of the NFL team.

On Twitter, the President made the following statement: “They name teams out of strength, not weakness, but now the Washington Redskins and Cleveland Indians, two legendary sports franchises, look like they’re changing their names to be politically correct. Indians like Elizabeth Warren must be very angry right now!”

The campaigning president is taunting senator and Democrat Elizabeth Warren, who is known for her leftist political views.

“The President should not tell the Washington Redskins to change their name – our country has much bigger problems! Focus on them, not on nonsense,” the Republican said.

Trump’s predecessor said at the time in an interview with American Press: “If I were the owner of the team and knew that there was a name for my team – even if it had a long history – that offended a significant group of people, I would think about changing it.

Others, however, including descendants themselves, see the term more as preserving their culture than as an insult. The debate already has a long history.

A letter from the organization through Oneida Indian Nation to the main sponsors of the NFL team Nike, Pepsi and FedEx (current name sponsor stadium) sparked a renewed debate about the franchise nickname.

Shareholders and sponsors are also increasing the pressure on owner Dan Snyder, who over the years has always resisted changing the nickname.

Other teams under criticism

In addition to Washington and Cleveland, two other teams are under criticism for their franchise names. The Atlanta Braves, as well as the Chicago Blackhawks will have to answer for their names – but will remain with their old names for the time being.

Name changes in principle are not uncommon in the USA for franchise teams. Names are often changed without further ado for marketing and image reasons in order to develop new, modern brands from dusty teams.