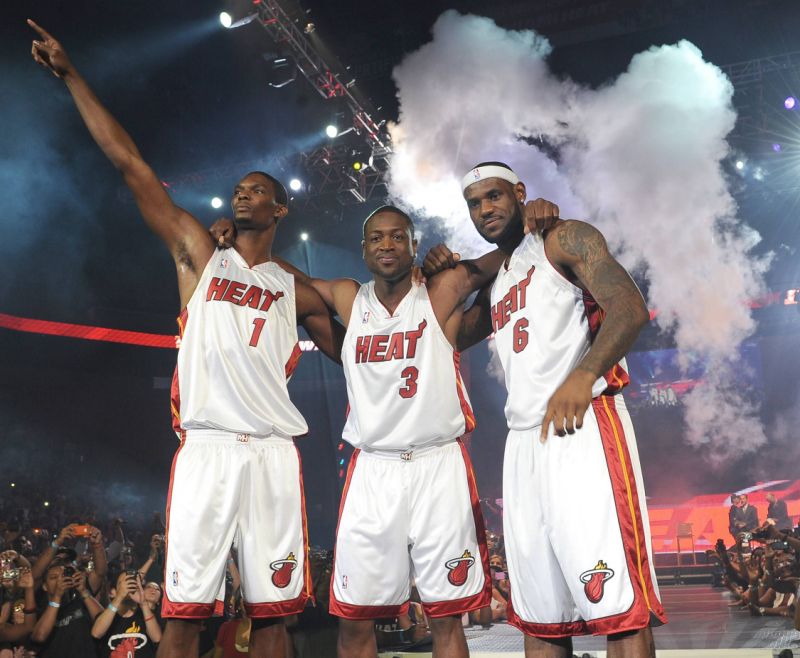 On July 8, 2010 LeBron James announced his move from the Cleveland Cavaliers to the Miami Heat. The impact of “The Decision” was immense.

It was an unprecedented novelty, marked a turning point in US sports and continues to have an impact ten years later:

When LeBron James announced his shocking switch from the Cleveland Cavaliers to the Miami Heat on July 8, 2010 during a nationally broadcast TV interview with a lot of hype, many experts were already wondering where the journey in the NBA might lead.

Not only because of King James’ decision to leave his home team to form a super team on sunny South Beach with his buddies Dwyane Wade and Chris Bosh, which is why Cavs owner Dan Gilbert accused the “Chosen One” of “cowardly betrayal”.

NBA power relations turned upside down
Neither in view of the embarrassing and complacent self-dramatization of James’ (“In this case I’m going to take my talents…”) and the way he proclaimed his message, because of which fans burned their jerseys with the number 23.

Rather, it was because “The Decision”, like the unprecedented event and the corresponding live television broadcast, found its way into the sports history books, forcing the franchises into a fatal dependency on their players – and lastingly shattered the tectonics of the NBA.

The fact that a superstar in his prime, such as the then 26-year-old James – who had just become a free agent after seven seasons in Cleveland – left the team that drafted him to join other stars elsewhere shifted the balance of power within the league in an unprecedented way.

What’s more, it made the players more aware of the absurdity of their strong position.