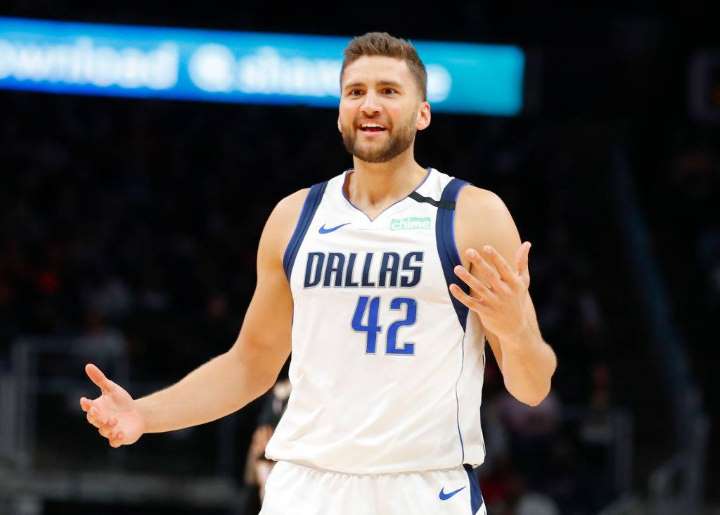 After the win against the Los Angeles Lakers, the Dallas Mavericks lost their second test game for the NBA season, which starts again in a few days. They lost 111-118 against the Indiana Pacers.

Luka Doncic put in an awesome performance. The superstar of the Mavs missed a triple-double by a hair’s breadth. In 24 minutes he scored 20 points, eleven rebounds and nine assists. But also the performance of teammate Maxi Kleber was impressive.

The 28-year-old brought it to 18 points and six rebounds. Kleber was even in the starting five, due to the loss of Kristaps Porzingis. The Latvian was not allowed to participate in the game because he had missed a corona test before.

“We’ve had some really good periods. We still have to figure out how we can play together as a team,” Kleber said at Fox: “Our athletics coaches have done a great job getting us back in shape. We’ll have training tomorrow, then we can look at the mistakes we made today.”

But Kleber and Doncic still could not prevent the team of Head Coach Rick Carlisle from going bust. After an awesome first quarter, in which the Texans scored 37 points and scored seven of twelve distance casts, the squad was noticeably reduced.

Next test match against 76ers
In the remaining three quarters, only eight hits are scored from a distance.

In the Pacers T.J. Warren was the top scorer with 20 points, Malcolm Brogdon contributed 17 points. Victor Oladipo, who had been injured for a long time before, left a good impression in his almost 29 minutes of play and secured 16 points.

For the Mavericks, the night to Wednesday continues with the last test game before the re-start. At 2.30 German time the Philadelphia 76ers were on the pace.