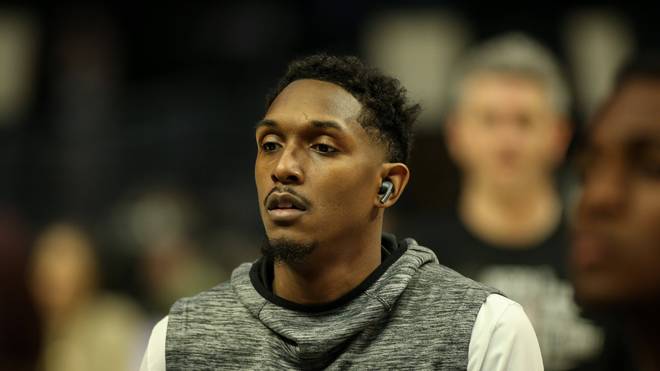 Lou Williams leaves the NBA bubble for a funeral – and a visit to a strip club. The Clippers star now has to go into quarantine and misses two games.

Lou Williams of the Los Angeles Clippers has left the NBA bubble in Orlando.

So far, so ordinary. Because he had been given permission to do so. But what makes the veteran’s trip last Thursday interesting is the fact that he was photographed in a strip club.

As ESPN reports, rapper Jack Harlow in his Instagram story had posted a photo of the 33-year-old shooting guard at the “Magic City Gentlemen’s Club” in Atlanta, but quickly removed the picture.

Nevertheless, he made a statement about the photo via Twitter. “It was an old picture of me and Lou. I was just reminiscing because I miss him,” he twittered. Too bad that Williams can be seen in the photo wearing a mouth-and-nose guard that the NBA had only recently distributed to the players. So the picture can’t be that old yet.

Williams admits to a visit to the strip club

Williams himself, this season’s Sixth Man of the Year Award nominee, is said to have admitted to the league’s security service that he was at the club. However, this stay was only very short and no stripper had been in the club during this time.

On Twitter he wrote: “Ask my teammates what my favorite restaurant in Atlanta is. Nobody parties there. Calm down.”

He said he got permission to leave the NBA bubble in Florida to attend his grandfather’s funeral.