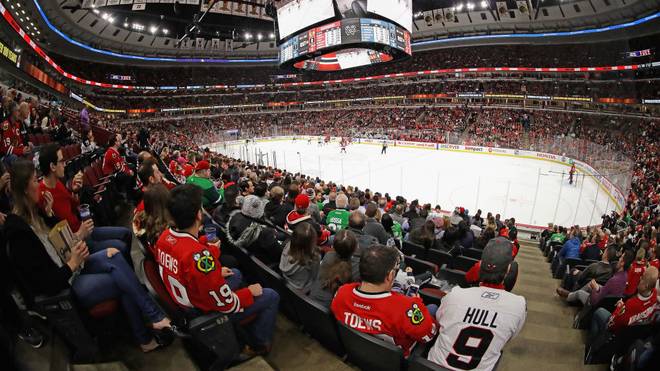 The Chicago Blackhawks forbid their fans to wear the traditional Indian headgear. According to the NHL team, these symbols are “sacred”.

The Chicago Blackhawks from the NHL will not give up their name – in return, the franchise is now prohibiting its fans from wearing traditional Indian headgear.

This was announced by the team, whose name originates from an Indian tribe.

A former chief called himself that, which Frederic McLaughlin, the first owner of the NHL team, took as inspiration.

Unlike the Washington Redskins from the US football league NFL, however, the Blackhawks will not change their name. The Cleveland Indians from the baseball league MLB are considering changing their name.

The names of the teams were recently part of a public debate that had gained momentum as part of the Black Lives Matter movement. Under public pressure, the Redskins gave up their names, and the footballers from the US capital will be known as the Washington Football Team.

By WorldsportsJuly 14, 2020
To Top
We use cookies to ensure that we give you the best experience on our website. If you continue to use this site we will assume that you are happy with it.OkPrivacy policy