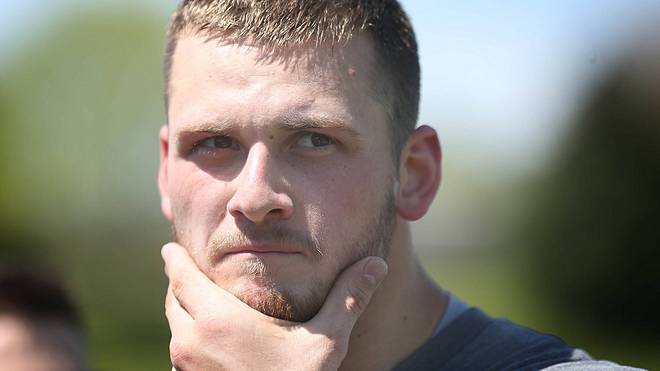 Bad news for Moritz Böhringer and Dominik Eberle. The German footballers will be removed from the squads of their teams.

For German football professionals Moritz Böhringer and Dominik Eberle, the dream of the NFL has been shattered for the time being.

Tight End Böhringer had been dismissed by the Cincinnati Bengals on Monday evening, only hours later Kicker Eberle was removed from the squad of the Las Vegas Raiders. Both players may now negotiate with all other NFL franchises.

However, it seems unlikely that another club will give them a chance, especially with Böhringer.

Böhringer painted over and over again

Böhringer, who was the first European without college experience to be selected for the 180th place in the draft at the end of April 2016, had already fallen victim to the obligatory squad cuts before the start of the season in previous years and is still waiting for his first appearance in a regular season game. Thanks to the “International Pathway Program”, the 26-year-old was able to secure at least one place in the Practice Squad until the very end. This is now no longer the case.

Eberle only signed a contract in Las Vegas in April after breaking eight records at Utah State University. In training, however, the Nuremberg-born could not prevail against his opponent Daniel Carlson.

Adler-Headcoach-Hut Corona
Does the NFL benefit from college dropouts?