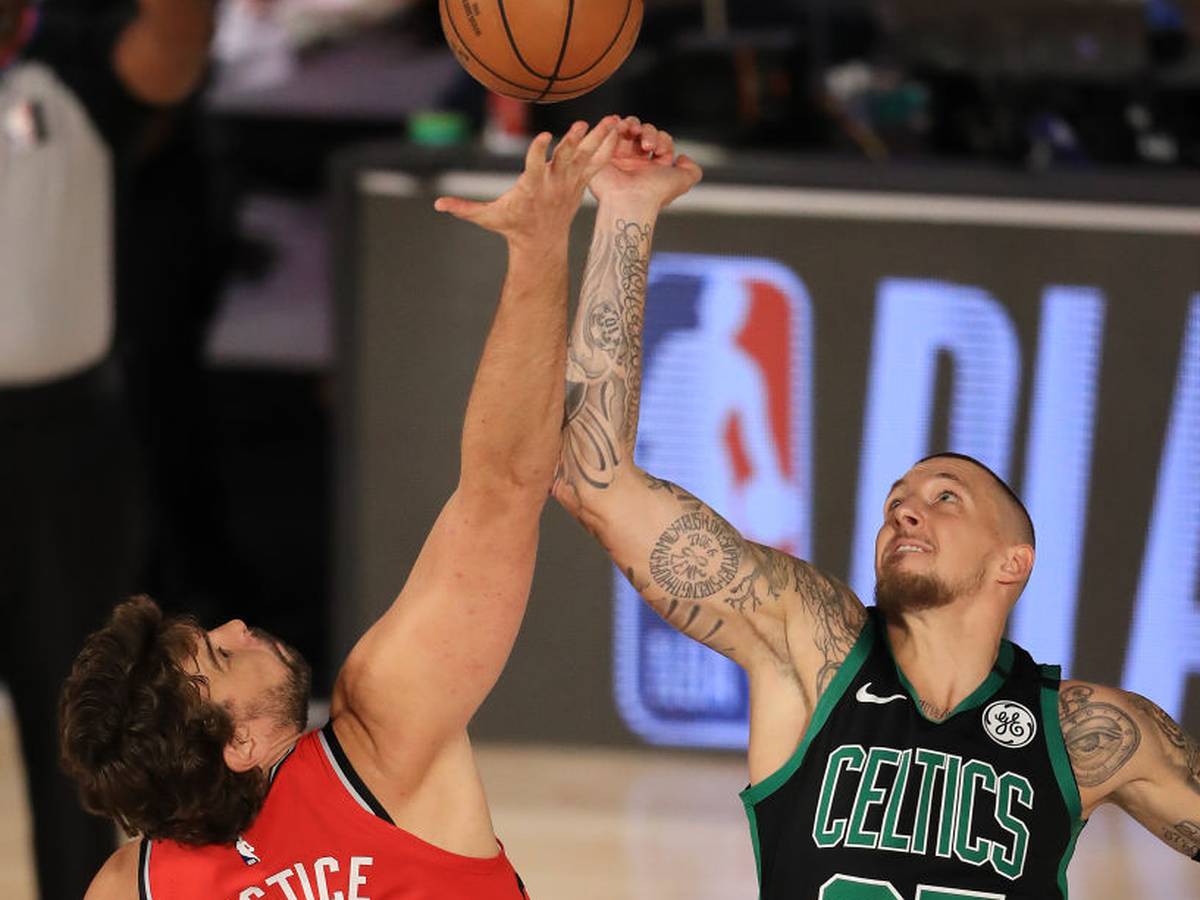 Thanks in part to Daniel Theis, the Boston Celtics will play the quarter-final match ball against defending champions Toronto in the NBA playoffs. With the Raptors, little works.

That was pure dominance:

The Boston Celtics with national team player Daniel Theis have the best chances of reaching the semi-finals of the NBA playoffs. The record champion won the fifth game of the quarter-final series against the defending champion Toronto Raptors with 111:89 and is now leading 3:2.

Decisive for the coup was above all the defense – and not least Theis. In addition to 15 points without a miss from the field, the 28-year-old center secured eight rebounds and also contributed two blocks.

An example of this: Toronto only managed 14 points in the zone in the first round. Eleven points in the first quarter also meant the worst yield in the play-off history of the Franchise, which was already behind at the break with 35:62.

For the Celtics lead, on the other hand, which barely allowed for fast-break points, it was the second highest half-time lead in the playoffs since the introduction of Shot Clock.

Best scorer near Boston at the game in the “Bubble” of Orlando was Jaylen Brown with 27 points. Top scorer, Jayson Tatum came on a double-double (18 points, 10 rebounds), in the Raptors Fred VanVleed only got 18 points.

“We tried to play hard and had a big goal in mind. You could feel that from the beginning,” Celtics coach Brad Stevens praised afterwards.

In the second half, Toronto improved and became much more aggressive, but Theis and Co. were no longer seriously threatened by a 24-point lead before the final stretch.

Game six of the series will be played on Thursday night (CEST).

In the west, the Los Angeles Clippers are now leading the Denver Nuggets 2-1 after a 113-107 win, thanks to another brilliant performance by Paul George, who hung up 32 points, leaving Nuggets star Nikola Jokic, who also scored 32 points, empty-handed.

Especially in the final quarter, the Clippers proved to be the more ripped-off team.