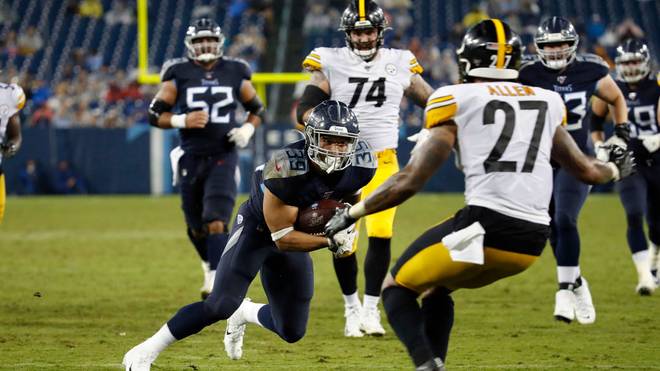 The duel between the Tennessee Titans and the Pittsburgh Steelers in the NFL must be postponed. A new date for the game has not yet been set.

For the first time in the USA, the Corona Pandemic has an impact on the National Football League (NFL) game schedule.

The duel between the Tennessee Titans and the Pittsburgh Steelers, scheduled for Sunday (19:00 CEST), will be postponed.

According to the league, it will be played on Monday or Tuesday, details would be announced shortly.

The relocation should allow at least one more test series. After eight corona falls, the Titans had closed their training ground. Three players were affected, a fourth player has since been added. The Minnesota Vikings, the Titans’ last opponent, had also closed the goals, there were no positive tests there.