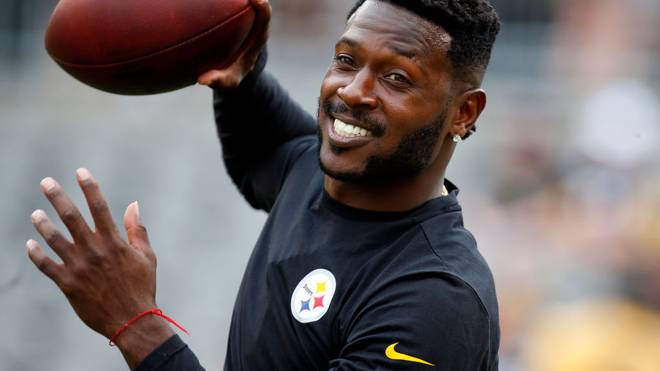 The Seattle Seahawks are obviously very interested in Antonio Brown. The wide receiver is said to be very popular with quarterback Russell Wilson.

The Seattle Seahawks are obviously very interested in Antonio Brown.

As NFL insider Adam Schefter reports, the Seahawks are supposed to be one of several teams interested in signing the wide receiver.

The scandal professional is currently serving a ban after several misdemeanors against the league’s code of conduct, but this will end after week eight. Currently, the NFL is entering its seventh week.

Although the Seahawks are not yet said to have entered into concrete talks with Brown, there are signs of a common future.

For example, Brown is said to be friends with quarterback Russell Wilson and his backup Geno Smith.

In the off-season, the 32-year-old has already trained with the quarterbacks. They are said to have already made Brown aware of their involvement in Seattle.

Within the Seahawks organization, the idea of uniting MVP candidate Russell Wilson with star receiver Antonio Brown has also met with great approval, according to the media report.

Asked about a possible engagement of the 32-year-old, Seahawks head coach Pete Carroll said the team is keen to be aware of everything that happens in the NFL. General Manager John Schneider is doing a fabulous job, and the Antonio Brown case is no exception.