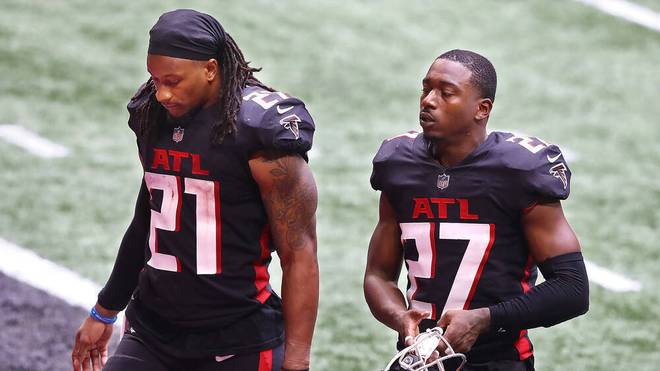 New cases of corona in the NFL again: Several infected persons are reported at the Atlanta Falcons, the training ground is closed.

The NFL is once again slowed down by a corona outbreak.

With the Atlanta Falcons the next team reported infected and had to close its training ground. This is reported by the US media.

ESPN expert Adam Schefter had initially reported four positive tests for the 2017 runner-up. The team later announced that it was only one infected player, and that this was not a player.

Recently, the Tennessee Titans and New England Patriots in particular have had corona outbreaks that have caused a sensation, and their games had to be postponed.

The Falcons were supposed to play the Minnesota Vikings on Sunday – the game is now in limbo.

Atlantas defensive tackle Marlon Davidson had already tested positive on Wednesday and was placed on the Reserve/COVID-19 list.