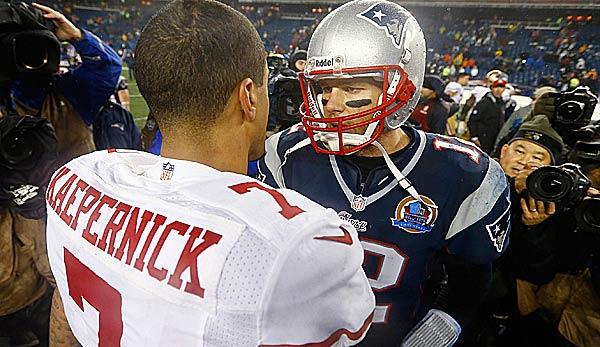 Week 2 is almost over and Colin Kaepernick still hasn’t found a team.This also upsets the quarterback elite: After Aaron Rodgers had already spoken out in favor of Kaep, Tom Brady also strengthened the ex-Niners-QB.

“I’ve always watched him and admired him,”Patriots told CBS News in conversation,”he was a great young quarterback.He came to our stadium at the time, beat us and led his team into the Super Bowl.He has already achieved a lot and without question he has the necessary qualities.I hope he gets a chance.”

On Sunday, the journalist Shaun King had met with Kaepernick and reported that he had said to his question whether the quarterback wanted to play football:”Yes.I always wanted to play.I’m ready now, I train every day.”

Seahawk’s managing director John Schneider also had reports at the beginning of August that Kaepernick’s focus was no longer entirely on football and had already referred to the realm of fables:”He wants to play, there’s no question about it,” Schneider explained on the NFL Network.I think this is one of those things where it’s about finding the right team at the right time – and I’m sure he’ll find it.”