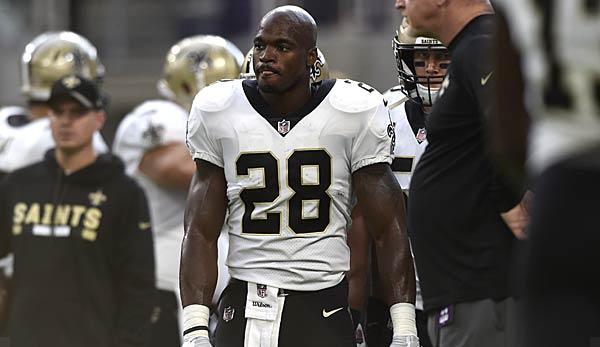 For Adrian Peterson, the debut at the New Orleans Saints was anything but perfect:”It was an away win for his ex-team Minnesota – and Peterson didn’t see many snaps.He now complained publicly.

Peterson only saw nine snaps (six runs for 18 yards) in a disappointing debut, and on Thursday he made it clear to ESPN:”I didn’t come here for nine snaps.I knew I had to adapt.Mark (Ingram) and I played in the preseason game, Alvin (Kamara) wasn’t even there.When they’re all there, I knew I had to adapt.We’ll see how it goes this week.”

Peterson is still convinced that he can still give a lot to an offense – even with few occasions:”I can run into the final zone on the first play, I’ve done that before.Whenever the ball is in my hand, I know I can get it to the end zone.”