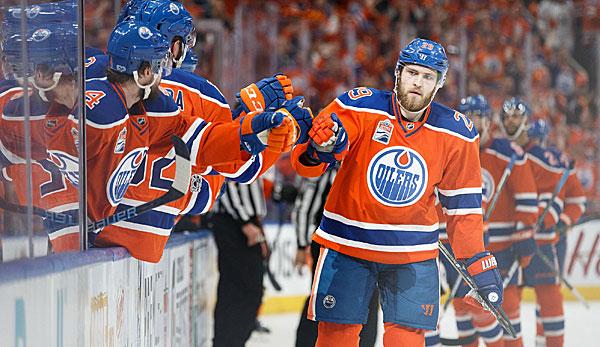 The German international Leon Draisaitl will stay with the NHL club Edmonton Oilers for a long time and become the best paid German ice hockey player in history with a mega-contract.The league announced on Wednesday evening that the 21-year-old signed an eight-year contract with the Canadians, which earned him an average of 8.5 million US dollars (7.2 million euros) per year.

“I never thought of going anywhere else.We have built something special here,”said Draisaitl:”We have a great team.I want to be a part of this as long as possible.”

The fact that he will now be the best paid German ice-hockey player of all time does not matter to him, even though he is aware that “such figures always cause a stir, especially in Germany”, he explained to the German Ice Hockey Association:”But this is more of a topic for the public than for me personally”.

Draisaitl had signed his first NHL contract in 2014 and was now a so-called restricted free agent.If another club had offered Edmonton to the striker, Edmonton would have been able to match him and keep Draisaitl that way.

In the final round, the native of Cologne, with 29 goals and 48 assists, had shown strong performances for the Oilers and replaced Marco Sturm as the best German scorer in one season.In the first playoff of the five-time NHL champion since 2006, Draisaitl was even his team’s top scorer with 16 points.

“I’m very happy for Leon and the Oilers.Both sides now have planning security for the coming years,”said national coach Sturm to the German Ice Hockey Association.

NHL: Draisaitl:”Ice hockey is fun and love”
NHL: Waiting for the big payday