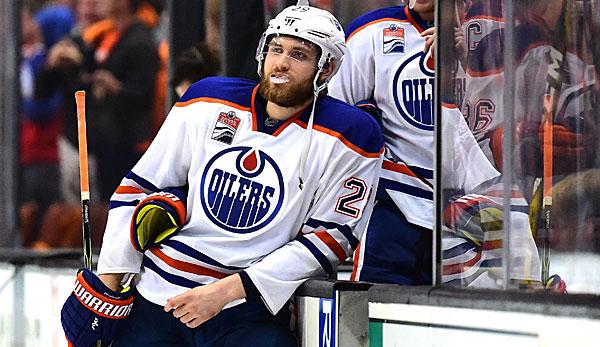 Leon Draisaitl played an outstanding season for the Edmonton Oilers.But after one month of Free Agency, the team and the German could not yet agree on a new contract.Problems with the salary cap and differing views delay the process.

“I’m very optimistic that we’ll get Leon back,”said Oilers coach Todd McLellan, relaxed on the fringes of a charity golf event,”We hope that he will stay and want to be here.There’s just a few things that need to be sorted out this summer.”

What the coach says in a harmless way with “a few things” has now been known since the first half of the year.July, the launch of the Free Agency a tough struggle.And like so often in life, it’s about the good money.

The Treaty of Draisaitl was signed on 30 June.June expired.It was his three-year rookie contract that earned the German a close to a million a year.Now the Draisaitl camp is waiting and hoping for the big payday and thanks to the outstanding season with 77 points as well as strong playoffs of the number 29 has the better cards on hand – at least as far as the money is concerned.

However, Edmonton still holds the rights to the German international, Draisaitl is a Restricted Free Agent.So if another team makes an offer for the 21-year-old, the Oilers can draw level and keep Draisaitl.However, unlike the NBA, such an offer sheet is rather frowned upon and unlikely.

The last prominent player to receive such an offer was Shea Weber in 2012, to whom the Philadelphia Flyers offered $114 million dollars for 14 years.Weber’s club, the Nashville Predators went with him and held the defender.The Oilers, too, in the person of GM Peter Chiarelli, have made it clear that they would counter every offer.

But why haven’t the Oilers already put their brains to the test and extended it with their second-best scorer of the past season?It’s the problem that almost every general manager has had since the introduction of the salary cap in 2007: In the league it’s just damn hard to keep all the key players and to reward them accordingly.

“That’s the business.As coach, I stay out of this.That’s the job of management and the player has his advisors for that,”says McLellan about the poker game.For the coming season, the Oilers still have just under 17 million dollars of cap space left.Additional Free Agents do not have to be held and paid.

Actually enough for Draisaitl, whose camp will probably cost up to ten million, as league insider Bob McKenzie of TSN reported at the beginning of July.On the other hand, a salary of between six and eight million is more realistic, considering, for example, that Nashville’s top center Ryan Johanson signed for eight years and 64 million a few days ago.

Meanwhile, the Oilers are hoping that Draisaitl might sign for a little less money, after all, the franchise’s face has already done it.Connor McDavid signed a letter of intent on 5.July for another eight years and a total of $100 million.That sounds like a lot, but the child prodigy did without up to 20 million.According to McKenzie, McDavid didn’t feel comfortable with such a big contract, insisted on a lower number and also sent out a signal – that team success was the main focus.

“This may be one of the biggest contracts in NHL’s history, but I can assure you that it could have been much bigger in value and shorter in duration,” said Chiarelli after the paper was signed,”negotiations focused on building a team that could win the Stanley Cup.

But even without McDavid’s money, the salary cap remains a major challenge.The 20-year-old’s contract will not be in the books until 2018, and this season McDavid is still running at the terms of his rookie contract.So Edmonton reaches the cap hell in almost exactly twelve months.

Chiarelli therefore tries to persuade Draisaitl to sign for less.Even if he agrees at 7.5 million per season, the top duo has already earmarked 20 million.Even without the German, the Oilers have already burned just under 51 million for the 2018/19 season – for just twelve players.According to initial projections, the salary cap could then be around 77 million dollars.

“Through Connor’s contract, Leon and some others who want to be paid, our margin becomes very small.It’s not about dollars, it’s just about the cap space,”McLellan knows.Trades seem to be almost inevitable when Draisaitl is extended.Jordan Eberle (for Ryan Storme to the New York Islanders) already made the beginning, even though he was dispensable after weak play-off performances with only two assists.

Other offensive forces such as former No. 1 pick Ryan Nugent-Hopkins (six million each by 2021) could also be caught, not least because Draisaitl proved in the playoffs that he can not only shine at McDavid’s side but also lead his own series.Milan Lucic would be another candidate, but he still has a no-movement clause.

These are all questions that Chiarelli and the Oilers will have to answer in the course of the season.For the rest of the summer, the extension of Draisaitl will continue to be the highest priority.The parties will reach an agreement, but it is questionable on what terms this will happen in the end.

The German is and will remain an important building block for the future of the franchise in Alberta, which continues to look promising.With a duo of McDavid and Draisaitl, the Oilers will always have a serious say in the Western Conference, even though the team is still relatively young.But it is important to grow, as McLellan also knows.

“Expectations make it harder for us.We haven’t experienced this as a team.That’s why I see our team as one that can grow.We’ll have to go through it.The others will be ready when the Oilers are up against them.We want to win more than in the past.Our jobs are getting harder and harder.”