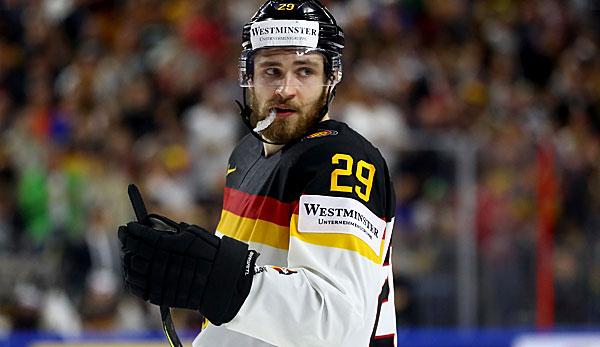 The Edmonton Oilers are not afraid of Leon Draisaitl leaving.After three years with the Canadians, the German national player is currently without a contract:”We want him here, he wants to be here,”said coach Todd McLellan at a charity golf tournament.”There’s just a few things to be done over the summer.”

Draisaitl signed his first NHL contract in 2014 and is now a so-called “restricted free agent”.If another club makes an offer to the striker, Edmonton could match it and hold Draisaitl.

After his strong performances in the last main round with 29 goals and 48 assistants Draisaitl, with 16 points in his team’s playoff topscorer, is now looking for a highly remunerated contract.

There have already been discussions with Oilers General Manager Peter Chiarelli:”That’s the way things are going, as coach I stay out of it,”said McLellan.Chiarelli has already stated that he will go along with every competitor’s offer.