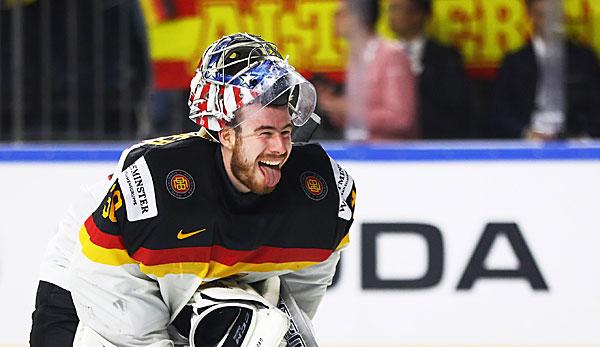 Philipp Grubauer, the national goalkeeper, continues to play for Washington Capitals in the NHL.The franchise from the US capital has extended the expired contract with the 25-year-old for another year until 2018.Rosenheim man gets $1.5 million for it.This was announced by the Caps on Thursday.

World championship hero Grubauer, who showed an outstanding performance in the quarter-finals against Canada (1:2) with 48 shots held, is in Washington substitute behind Braden Holtby of Canada,”It would be nice to get the chance as number one somewhere,”Grubauer said after the World Cup end.Now the Bavarian remains in Washington.

In the past NHL season, Grubauer only made 24 bets for the capitals.The goalkeeper has a catch quota of 92.3 per cent in his career and a goal average of 2.25.2012/13 Grubauer made his debut at the club of the Russian superstar Alexander Ovetschkin.