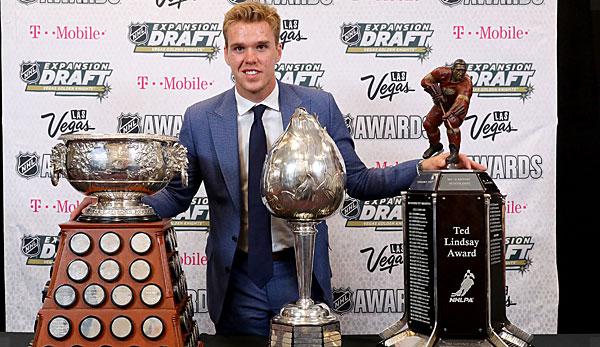 Connor McDavid has extended his contract with the Edmonton Oilers by eight years.This was announced by the Oilers on Wednesday.The 20-year-old team mate of Leon Draisaitl receives a total of 100 million dollars for his signature.

“We couldn’t be happier that Connor continues to play in our jersey,”said Bob Nicholson, CEO of Oilers Entertainment Group.

The new working paper will give the youngest captain in NHL’s history 12.5 million dollars a year.However, his current contract is still in force, so that the new conditions will not come into effect until the 2018/19 season.

“I am very happy to wear the Oilers jersey for the next nine years in my life,”said McDavid.