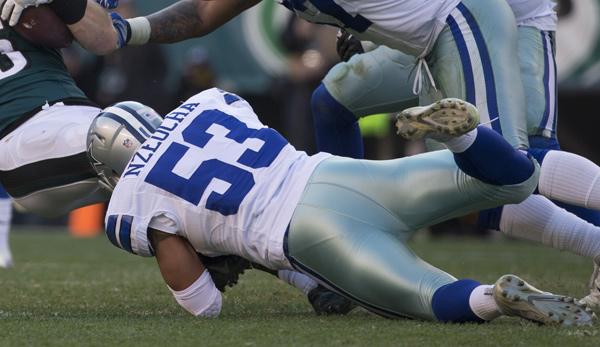 German NFL player Mark Nzeocha has a new home.After the 27-year-old had to stay in the Dallas Cowboys’ practice squad, he was hired by the San Francisco 49ers.

The Niners announced on Monday that Nzeocha has signed a one-year contract with them.Defensive Lineman Tank Carradine was put on the Injured Reserve List.

Nzeocha had been drafted by the cowboys in the seventh round in 2015 and had been used in eight NFL games in the last two years.

On the 3rd.On September 9th, the cowboys had dismissed him and two days later he was hired for the team’s own practice squad.The linebacker gets the number 46 in the Niners, who have lost all three games of the season so far.