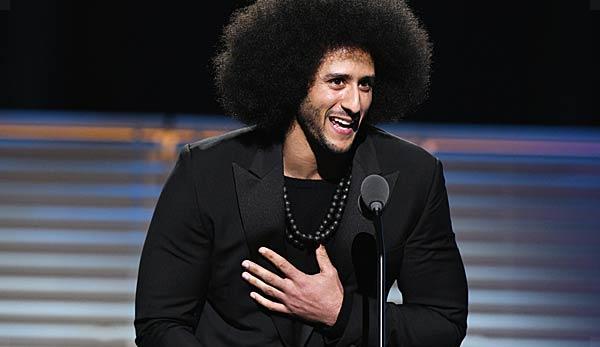 Colin Kaepernick waves a new equipment contract – provided he makes it back to the NFL. Adidas North America President Mark King confirmed on Monday that they wanted to sign the currently unclubbed quarterback.

“If he signs with a team, we would definitely like to sign him,” King told Arizona Republic and added: “We love athletes who have a platform to improve the world. Athletes who stand up for something and draw attention to an important topic – even if it is controversial at the time – are very interesting for us. We believe that this represents the world today.”

Although Adidas is “in the sports business. But it’s really important to us to allow our athletes to tell their stories.”

However, it is questionable whether Kaepernick will ever fulfill the proclaimed condition – that he signs with a team. Last season he didn’t have a team, the current Free Agency also had no Kaepernick deal so far.

The Seattle Seahawks recently showed the most concrete interest. However, a planned workout last week was put on hold, according to several reports, largely due to Kaepernick’s plan not to stop his protests.