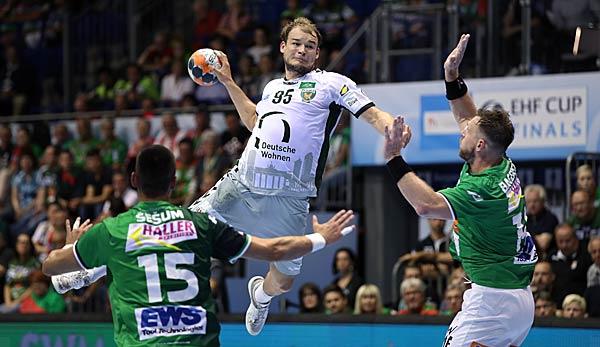 Today is finally the day and the Handball Bundesliga starts into the new season 2018/2019, where you can find out everything about the season opener and the transmission on TV and in the live stream.

The German Handball League season 2018/2019 starts today with three matches. Among other things, the rematch of last year’s semi-final of the EHF Cup Final Four between Frisch Auf! Göppingen and the Foxes Berlin. The reigning champion Flensburg will only intervene in the events in Minden on Saturday.

Sky has the rights to all 306 games of the German Handball League this season. The pay-TV channel has even added a conference to its previous transmission concept. Due to the new throw-in times of the HBL, Sky now broadcasts a parallel connection of several games on Thursdays.

In addition to TV broadcasting, Sky also offers all games in a live stream via Sky Go. However, you will need a subscription to use the pay TV channel and the live stream.

Despite last season’s championship title, the SG Flensburg-Handewitt are only going into the new season as outsiders – the upheaval this summer was too big. With Kevin Möller (Barcelona) and Mattias Andersson (career end) they lost two goalkeepers.

The THW Kiel, on the other hand, is regarded as the big favourite. After a disastrous 2017/18 season (only fifth place), the record champion wants to return to the top of the HBL. An important building block for this success is the former world handball player Domagoj Duvnjak. The Croatian is finally fit at the beginning of the season and together with newcomer Hendrik Pekeler will cause a sensation.

The Rhine-Neckar Lions are also likely to do some calculations for the new season. The 2017 champions only narrowly beat Flensburg in the past season and did not lose in quality in the summer. Two strong international players, Steffen Fäth and Jannik Kohlbacher, came to Mannheim for the Kiel-based Pekeler.