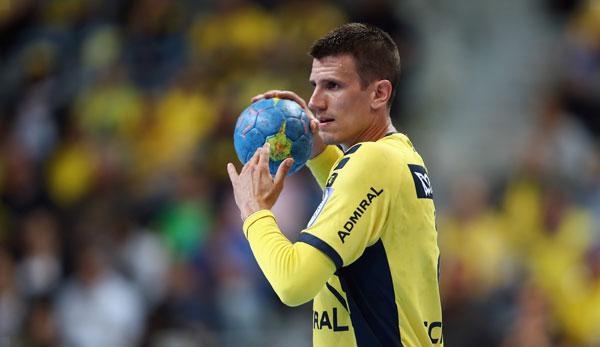 Captain Andy Schmid has prematurely extended his contract with German Cup winner Rhein-Neckar Löwen until 2022. This was announced by the club on Monday. Spielmacher Schmid, whose previous contract was dated until 2020, was last voted best Bundesliga player five times in a row.

The Swiss backseat player has been playing for the North Baden team since 2010 and is Germany’s handball player of the year 2017: “I can’t imagine wearing another jersey than the lion’s in my career. I want to end my active career at the Rhein-Neckar Löwen,” said Schmid. In summer 2010 he changed from the Danish first division club Bjerringbro-Silkeborg to the Lions.

“With Andy as our playmaker, we will be relying on tried and tested world class on the Rückraum Mitte in the coming years. We still have a lot to do together”, said Löwen Managing Director Jennifer Kettemann and called Schmid the “head of our team”. With the Lions Schmid won the DHB Cup 2018 and twice the German Championship (2016 and 2017).

“Like no other player, Andy Schmid stands for the development of the Rhine-Neckar lions in recent years,” said sports director Oliver Roggisch. Schmid counts “among the best attack players in the world. It is certainly not self-evident that such a player should wear the jersey of a club for at least twelve years.”