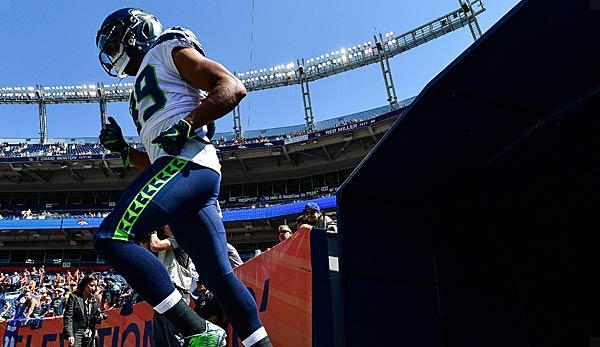 The Seattle Seahawks haven’t had an easy season so far – but now they’ll probably get their most important weapon back: Wide Receiver Doug Baldwin got fit before the game against the Arizona Cardinals on Sunday after surviving a knee injury.

“As someone who hasn’t missed many games in his career so far and has played 89 games in a row, I think I know my body quite well. In my eyes, I’m ready,” Baldwin told ESPN in the run-up to the Division duel with the Cardinals.

At the same time, however, the receiver, which was able to train at least to a limited extent during the week, also had a limitation ready: “It is the decision of the team. There are a lot of things involved, including of course precautions and the question of whether I am really completely fit so that I can play the rest of the season and not just this one game. I understand that.”

Baldwin had been able to complete several units with the team for the first time this week after his knee injury at the start of the season. Internally he obviously already works on his coaches: “Of course I have to make coach Pete Carroll and everyone who asks me clear how sure I am. But I think you know I’m not talking nonsense, I’m being honest. And I say the same thing internally. I’m ready, we’ll see what happens.”

GFL: Depression in football: “It is advisable to get support”
NFL: Tips Week 9: Rodgers! Brady! Who wins the showdown?