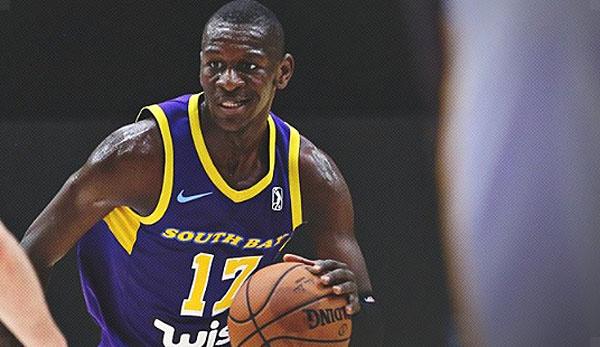 The South Bay Lakers won 107:101 against the Windy City Bulls and celebrated their fourth win in a row. However, Isaac Bonga caught a rather used evening.

At the same time, the German distributed 2 assists in 4 turnovers and committed 5 fouls. So after his last strong performances Bonga was not to be seen on this evening. His teammates jumped into the breach for it.

Especially Alex Caruso turned up the heat. The 24-year-old scored 19 of his 28 points in the final section, leading his team to their sixth win of the season (with seven defeats) – the fourth in a row for the Lakers.

Besides Caruso also Johnathan Williams convinced with 20 points, Travis Wear had a strong double with 16 points and 13 rebounds, veteran Andre Ingram scored 17 points. On the other side Rawle Alkins was the top scorer of the Bulls (22), JaKarr Sampson also scored 18 points.