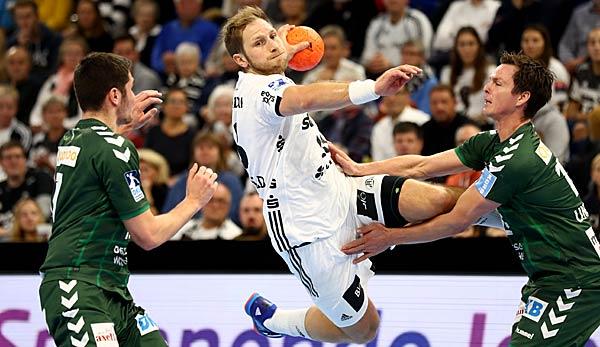 The German Handball record champion THW Kiel will host the Final Four in the EHF-Cup (live on DAZN). The event will take place on 18-19 May 2019 in Kiel’s Sparkassen-Arena, a decision announced by the European umbrella organisation EHF on Thursday.

THW’s concept is to host the semi-finals on Friday 17 May and the third place match and the final on Saturday 18 May. The hall in Kiel has a capacity of 10,285 seats.

“When it was clear that THW Kiel would be competing in the EHF Cup this year, we directly expressed our interest in hosting the EHF Cup Finals,” said Kiel’s Sports Director Viktor Szilagyi: “Now we are delighted to be able to offer the many handball fans in Kiel and Schleswig-Holstein an additional highlight of the season.

Like defending champion Füchse Berlin and European Cup newcomer TSV Hannover-Burgdorf, Kiel is in the group phase of the competition with the best 16 teams. The last step before the final tournament is the quarter-finals (20 to 28 April).

Should Kiel win his group or belong to the top three second-placed teams after the group phase, Alfred Gislason’s team will be directly in the final four. In this case, only three quarter-finals will be played. Should Kiel, however, be the worst second in the group at the end of the group stage, they will have to play in the quarter-finals and there will be four duels.

The DAZN streaming service has secured exclusive broadcasting rights for the EHF Handball Cup for the current season and the 2019/20 season. With the start of the group phase on 9 and 10 February 2019, DAZN will show all group matches of the German teams live and exclusively in Germany and Austria.